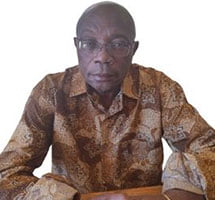 Mr Mocks Shikalepo Shivute was a long-serving public servant until his retirement in 1981. He is a founding Editor-in-Chief of the Namibia Press Agency (Nampa), 1990-1999; thereafter served as a Permanent Secretary in the then Ministry of Information and Broadcasting, 1999-2004; Permanent Secretary National Planning Commission in the Office of the President, 2005-2010; and finally served as the Executive Director of the National Council for Higher Education (NCHE) Secretariat for eight consecutive years, 2010-2018. He holds a Master of Arts in Journalism from Belarusian State University and a Postgraduate Diploma in Communication Studies, Legon University of Ghana.